Celebrating a belated 21st birthday of their first born release, Australian music legends Augie March are heading back to their roots, taking their debut album Sunset Studies on the road for three East Coast dates in autumn. A string of unavoidable disruptions last year led to multiple postponements and cancellations to the anticipated spectacular’s touring schedule, with only one of two back-to-back RISING shows at the Melbourne Recital Centre going ahead in the last fading glimpses of a return to normal life. 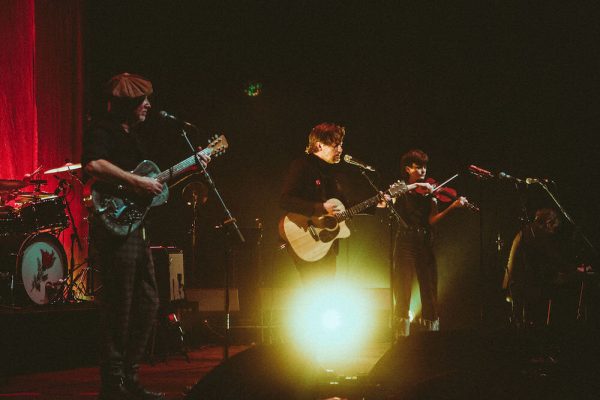 Now, almost two years on from the original dates, the beloved five-piece are thrilled to finally reveal a run of rescheduled performances for Sydney, Canberra and Melbourne, playing the career-catalysing album live and in full with support from Sally Seltmann and Evan Buckley at the changing of the seasons this March. 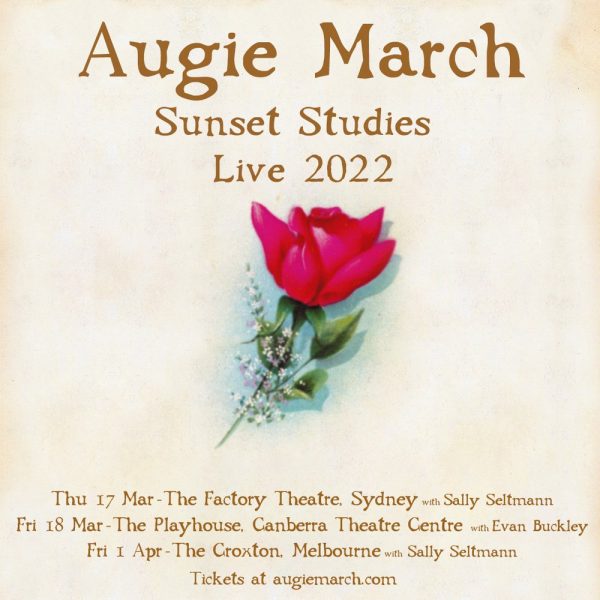 Released in October 2000, Sunset Studies was the first long player from Augie March. After two EPs and several years’ intensive gigging around Australia, the band had built a burgeoning audience primed for a debut album that would earn respect as one of the most expansive, ambitious and literate Australian musical releases.

The album went gold, it remains a favourite of an unusually diverse population across the planet, and is regularly named as enormously influential. Songs such as ‘Asleep In Perfection’, ‘There Is No Such Place’, ‘The Hole In Your Roof’ and ‘Here Comes The Night’ have all become cult anthems. Sunset Studies was launched at a legendary show for the history books at Melbourne’s Athenaeum Theatre. Since that time Augie March has released six more acclaimed albums and garnered a reputation as one of Australia’s most unique and engaging live acts.

Do not miss Augie March as they dust off this classic album, performing Sunset Studies live in full on the following dates.

Hear Dave Williams from Augie March join us on The Music Weekly to celebrate the long-awaited Sunset Studies anniversary shows: