An adventurous group of friends decide to explore a remote, uncharted cave system in Northern Australia. Given only a small window to investigate before a tropical storm hits, the friends’ abseil into the mouth of the cave. Unbeknownst to them this will prove a catastrophic decision.

The storm traps them in the cave and they soon find out the dank air and rising waters are the least of their worries. They’re trapped in the den of a vicious and hungry crocodile. As danger mounts, long-kept secrets emerge in this frantic fight for survival.

BLACK WATER: ABYSS is the sequel to the 2007 Australian international box office cult thriller Black Water. Directed by Andrew Traucki (Black Water, The Reef) and starring Jessica McNamee (The Meg, Battle of the Sexes) and Luke Mitchell (The Code, Agents of S.H.I.E.L.D). 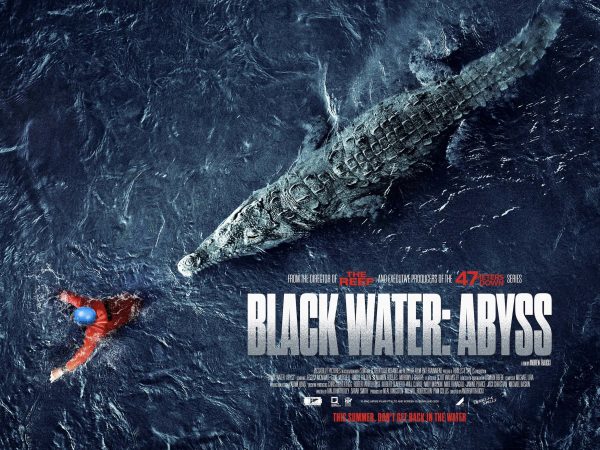