Alberto Vejarano, also known as Chanoir, was born in 1976. He lives and works in Paris. From 1996 he has been involved in the post graffiti Parisian culture, creating the Chanoir persona. He invented the systematic transformation of his logo. 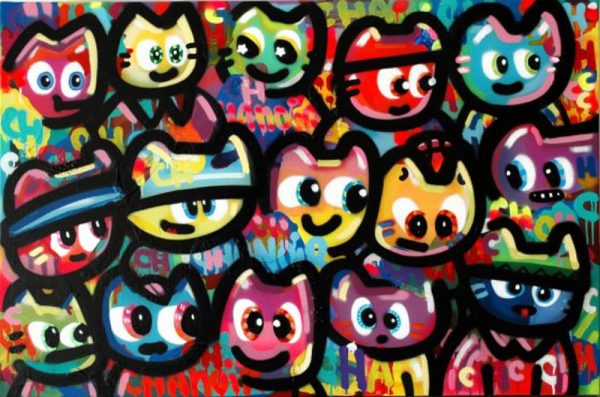 He studied at the Beaux Arts in Paris with Jean-Michel Alberola. In 2002 after his graduation, he explored the pictorial adaptations for children of European literature made in America and in Japan. He demonstrates the different mythologies of cartoons in the context of our globalized culture. He took part in the show “L’humour dans l’art” then assisted François Boirond for the exhibition “La beauté” in Avignon. 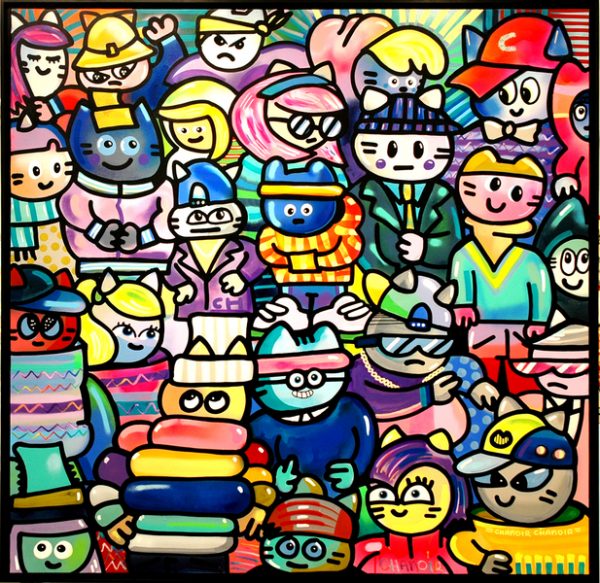 In addition to this, he produced the documentary film “Murs libres” about the street art scene in Barcelona.

Sarah Liberty spoke with Chanoir about his career for #FeministFridays: