Hobart singer songwriter Christopher Coleman returns with his eight-piece band The Great Escape on new single ‘Paloona’. The second offering from the outfit’s highly anticipated debut album The Great Tasmanian Escape, ‘Paloona’ follows in the wake of 2019 album icebreaker ‘Jesse’ which introduced Coleman’s newfangled supergroup made up of members from The Drones, Augie March and more.

The cherished Aussie act is excited to also be sharing the track’s visual counterpart in a new film directed by revered local filmmaker Ursula Woods, and reveal that their expansive LP will be with us this summer, landing Friday 25 February 2022.

‘Paloona’ chronicles the long-awaited second chapter from The Great Tasmanian Escape’s sprawling collection that centres around the semi-autobiographical protagonist, Jesse. The single acts as both a tangible and metaphysical escape from the character’s present reality, named after an isolated rural Tasmanian powerstation but presented as a pair of open arms. Ursula’s video couples the track’s exponential crescendos, from quiet beginnings of Coleman laying in a field, to waterside camping, picturesque bike rides and solo road trips, in a sprawling escapist epic.

Produced by Glenn Richards, ‘Paloona’ was performed by the late, great Mike Noga on drums, Stu Hollingsworth on bass and Kelly Ottaway on keys, with Christopher and Glenn leading both guitar and vocals in another captivating taste of Coleman’s undeniably rich storytelling. 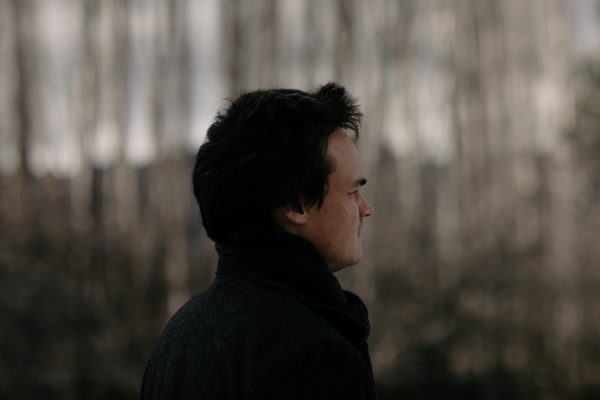 Coleman enlisted some of Tasmania’s finest musicians to record the album in August 2018 with Glenn Richards (Augie March), Mike Noga (The Drones), Stu Hollingsworth (EWAH) and Kelly Ottaway (The Stitch), before expanding the lineup and inviting Frances White, Georgie Smith and Louisa Hogue to make up the live act which he says “grew into a Springsteen-esque Australiana rock thing nodding at The Go-Betweens, Midnight Oil and Paul Kelly”.

Made possible through the patronage of Kirsha Kaechelle (MONA), The Great Tasmanian Escape is equal parts fact and fiction, narrating a decade in the life of Jesse after he returns from serving in the Middle East. Struggling to integrate back into his home town of Sydney, Jesse embarks on an epic adventure across Tasmania – arriving with nothing, and leaving with nothing.

‘Paloona’ single is out now.

Hear Christopher Coleman join us on The Music Weekly to unpack the new single: