From stripped-back techno injected with soul to deep, dub-inflected excursions, Deepchild has earned himself a reputation as groundbreaking producer, respected DJ and electrifying live-performer.

A regular DJ in Berlin, Deepchild has performed at club-institutions like Berghain, Tresor, Weekend Club, Watergate, as well as veritable international touring machine… from Tokyo to Australia, and extensively across North America and Eastern Europe.

You can catch Deepchild performing in Sydney at the Temple of Funk bushfire fundraiser on February 15th at New Hampton Hotel. Other acts on the bill include Amber Dubs, Kat Vavahea, Nine Two Five, and Energy Groove’s own ZOLO! 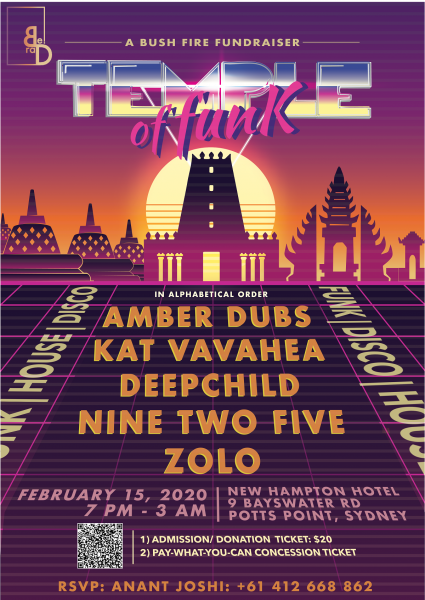 All proceeds of this event are being donated to the families of NSW RFS Firefighters Andrew O’Dwyer, Geoffrey Keaton, and Samuel McPaul, who tragically lost their lives fighting the 2020 bush fires. Tickets available here.

We caught up with Deepchild in the studio for The Music Weekly: