Sydney band Key Out have released their highly anticipated second album, “Anthropomorphia”, on Half A Cow Records.

Anthropomorphia is a bedroom recording featuring acoustic guitars and ageing synthesizers, toy percussion and drums, sequencers and vocal harmonies. It has the intimacy of a home recording, but the polish of Wayne Connolly’s mixing and mastering (Amy Shark, Matt Corby). 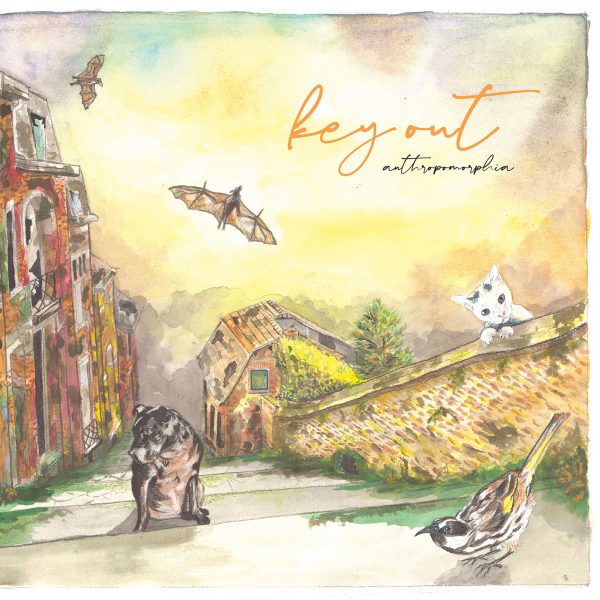 The album’s ten tracks clock in at just over 20 minutes. The longer tracks on Anthropomorphia would have been short on 2019’s What (Do) You See. “We’ve always liked the complete sounding two-minute pop songs of Joyce Manor or Sneeze or The Magnetic Fields or Guided by Voices, but they weren’t our
template” says Paddy Haid (ex-Sarah Blasko, Ides of Space) “we just built songs around the important parts, and let them run their course”.

Key Out is Paddy Haid, Rohan Geddes and Caroline Wake. The album is available on limited edition marbled vinyl and is available now via digital platforms through Half A Cow.

Brad caught up with Paddy of Key Out to unpack the album: