LO’99 & Taiki Nulight are no strangers to a collab, which are usually born while working together on the road. Their latest offering, ‘Records U Play‘ is no different, with the record being a few years in the making from when Taiki was last touring Australia. The single has seen its fair share of zoom sessions and reworks since, but with a little re-fresh earlier this year, it’s time for the duo to celebrate the release of this absolute weapon.

LO’99 is renowned for his own brand of house music, with his productions often delivering distinctive tech and warehouse sounds. Dance music’s elite are getting behind his vision with LO being called upon to remix the likes of Fatboy Slim, Röyksopp, Kaskade, Moby, Pnau, Crooked Colours, Peking Duk and AlunaGeorge. When it comes to his own records LO shows exactly why he’s up there alongside Australia’s Best with multiple #1 singles out on coveted tastemaker labels, aswell his very own Medium Rare Recordings.

His recent releases ‘Acid Worldwide’, ‘Woo Dat’, ‘Dr. Sbaitso’ and ‘Sometime’ with Owl Eyes, and ‘Stay High’ with Doolie became staples in record boxes and playlists the world over. Having previously played Splendour In The Grass, Falls Festival, EDC, Beyond Wonderland and more, you can now catch LO as he heads out on a 17 date Australia / New Zealand headline tour, hitting up Melbourne, Sydney, Adelaide, Auckland, with a stack of shows across Queensland and New South Wales. 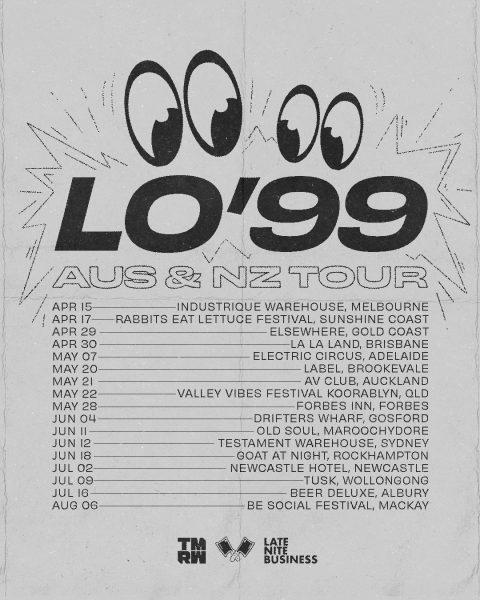 Taiki Nulight has been DJing and producing for many years in very different circles. Being influenced by UK Garage, House and Electronic Dance Music, he has created a trademark sound which is truly his own. With love across the board from key radio tastemakers, such as Pete Tong, Annie Mac and Mistajam at BBC Radio 1, Taiki Nulight is renowned for his unique melting pot of UK dancefloor influences; circling around Bass, Garage and House, but stamped with a sound that is instantly recognisable as his own.The past 24 months have seen Taiki collaborate with scene heavyweights such as My Nu Leng, AC Slater, Chris Lorenzo, Cause & Affect and Low Steppa to devastating effect.

‘Records U Play’ is out now on Medium Rare Recordings.

Hear LO’99 join us in the studio this Friday on The Music Weekly to unpack the new single, tune in from 5pm (AEST) on May 6th!