Mia Dyson is one of Australia’s most beloved singer/songwriter/guitarists. She has released 6 critically-acclaimed albums, toured nationally and internationally, played prestigious festivals & headlined shows around the world, opening for the likes of Stevie Nicks, Eric Clapton, Bonnie Raitt & Joe Cocker.

Four of her albums were nominated for ARIA awards including ‘Best Female Artist’. Her second album ‘Parking Lots‘ won the ARIA for ‘Best Blues and Roots album’. Her album ‘The Moment‘ garnered a nomination for song of the year at the APRA awards, while “Idyllwild” won Double J‘s inaugural ‘Artist of the year’ award. 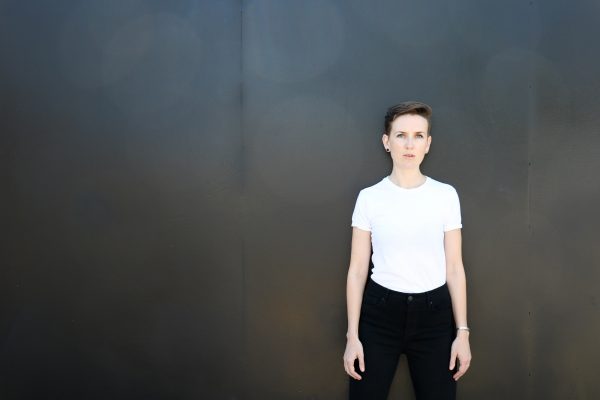 Her songs have been used in films and television across the US and Australia including “Bones”, “Hart of Dixie” and “Elementary”, while her song “When The Moment Comes” is the English Premier League Saturday Night Football theme song in the UK.

She was nominated by her peers as one of Australia’s 25 best guitarists.

In 2020, the 15th anniversary year of her ARIA-award winning album Parking Lots, Mia has planned a special reissue of the album on vinyl, complete with gorgeous gatefold vinyl art and never-before seen photos from the making of the record.

In addition, she returned to the studio with her band to re-imagine 5 songs from Parking Lots to accompany the reissue. Recorded in Ojai, CA at Echo Magic, these intimate reinterpretations range from Mia’s gorgeous stripped down piano performance of “Choose” to a rhythmic, bouncing take on “Rivers Wide” with a stop by the Old Bar for a swampy blues exploration of “Parking Lots”.

Parking Lots (Revisited) features expressive double bass by Matt Aronoff, additional keys by Lee Pardini (Dawes) and appearances from her band and the producers of this set Erin “Syd” Sidney and Daniel Wright. Mixed by Scott Hirsch (Hiss Golden Messenger) and mastered at the legendary Capitol Studios by Ian Sefchick.

Tickets on sale now via miadyson.com

Brad caught up with Mia Dyson to unpack these new recordings for The Music Weekly: