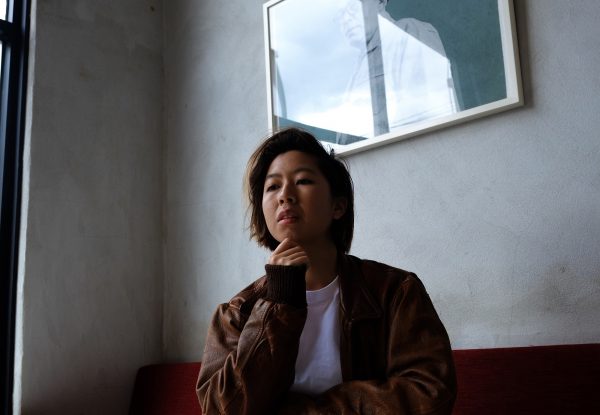 At the age of 5, Vazer started learning classical piano but became fascinated with an eclectic variety of artists having grown up in a household with her family’s 60s and 80s record collection. A self-taught guitarist, she stole her father’s guitar during highschool and started to learn Nirvana, The Strokes and Death Cab For Cutie based off internet guitar tabs.

She soon began writing songs in highschool bands and recording on her computer using built-in microphones and free software. From there, her DIY ethic and love for recording in unorthodox places was born.

The last few years have been some of the most prolific for Vazer, who quit her 9-5 career as a lawyer to focus on writing. The songs have come out of late night walks, exploring foreign cities, long drives to unknown destinations and a collection of emotions, experiences and significant stories from over time.

Since the release of her 2018 EP, Vazer has gone on to support Lime Cordiale on tour, Last Dinosaurs, #1 Dads, Carla Geneve and The Magic Numbers (UK). Her fast-growing reputation as a powerful songwriter and captivating performer has also landed her in on the festival line ups of St Kilda Festival, Kyneton Music Festival, Changes, Not Fest and more.

Her debut LP Is This Offensive And Loud? will be released on May 29, including on vinyl. The album will feature new single ‘For A Moment’, along with the previously released ‘Like Demi’ and ‘Grateful’. A March 2020 tour of Australia’s east coast, celebrating the single “Grateful”, fell victim to the COVID-19 restrictions and had to be canned, but Nat and her band will be playing live around the country as soon as the situation improves.