Perth based producer and songwriter Nic Rollo has released his eerie new single Monster – a song about identifying and quelling the monster within us all.  Accompanying the track is a dark, revolving film clip, directed by Alex Montanari (Cub Sport, What So Not, Khalid) and Matthew James. Monster follows the 2019 release of Nic’s brilliant, iridescent EP What Happened to the Kid.

Monster will feel familiar to anyone who has said something in frustration or anger that they regret after the fact – the track is an introspective interrogation of that remorse, and what it’ll take to tame the inner monster who is responsible for those biting remarks.  Reminiscent of synth-pop auteurs M83 and indie rockers The Wombats, and mastered by pop royalty Chris Gehringer (Harry Styles, Rihanna, Halsey), the track is buoyed by glistening synths, hooky guitar and driving percussion – while Nic’s gentle vocals and arresting lyrics take centre stage. 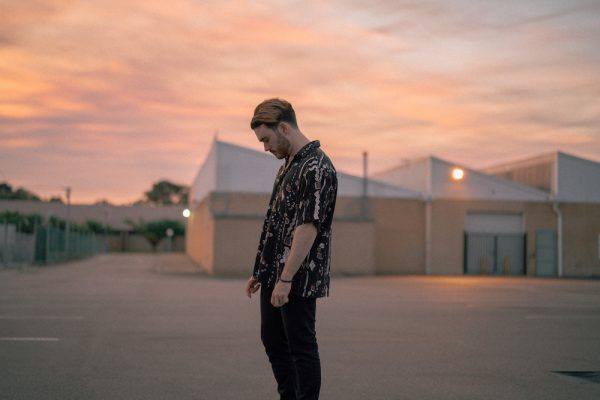 The video for Monster feels like the beginning of a horror film – there’s a sense of suspense, as though the calm atmosphere of the night-driving scenes will not last for much longer.  It’s a beautiful watch, too – the lights passing in the night as the song plays out feels like a perfect representation of the moody nature of the music.

Speaking about the clip, Nic says, “The video for Monster is a narrative based video that features a lot of driving and aims to be aesthetically pleasing.  Matthew James, Alex Montanari and I came together to think about the video a few months back and we all had this vibe of the song revolving around driving and having dark colours. The story itself is supposed to be slightly confusing – am I driving to the burial or from the burial?  Am I burying the monster or is the monster burying me?”

The release of Monster is a killer way to kick off 2020 for this exciting young artist, as he enthuses, “It feels fantastic to finally be releasing Monster.  I wrote the song over a year ago and have been sitting on it for what feels like forever now.  To date, it is probably my favourite song that I’ve written, and I’m super stoked to finally be able to share it with people.”