Having toured relentlessly for a decade with no new music in sight, 2022 is shining a spotlight on one of Australia’s most esteemed frontmen, with the legendary Grinspoon vocalist and guitarist Phil Jamieson sharing his new single Lights On and accompanying music video directed by Arlo Cook (Bob Evans, Gretta Zilla).

The third single off his impending first-ever solo full-length album Somebody Else, due out on Friday July 29 via Cheersquad Records & Tapes, Lights On is an affable aural gem that’ll certainly shake the crowds into a shimmering frenzy when Phil and his band hit the road this July and August. 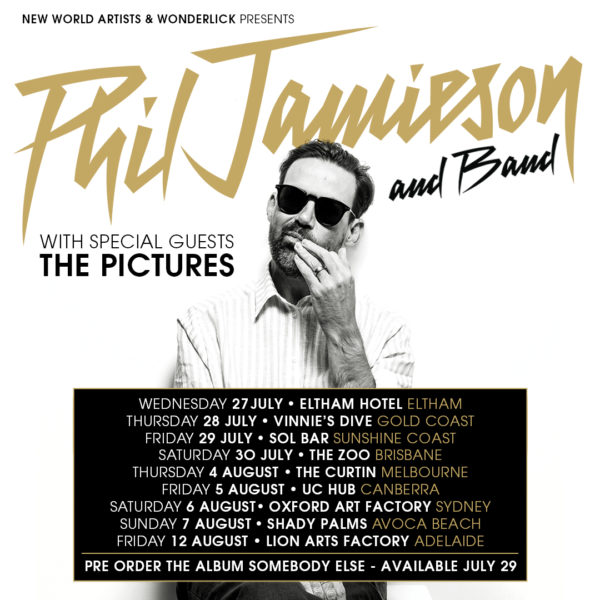 With a horde of 2022 appearances onstage at various Aussie festivals helming Grinspoon, including Spring Loaded, Wallapalooza and, imminently, Splendour In The Grass, Phil’s upcoming solo album celebratory launch tour will see Phil, along with band mates Davey Lane on guitar, Sam Raines on drums and Rob Muiños on bass, kicking off at Gaol After Dark in New South Wales on July 2, followed by Eltham Hotel NSW, before traipsing to the Gold Coast, Sunshine Coast, Brisbane, Melbourne, Canberra, Sydney, Central Coast, Adelaide, Albury and closing out at The Big Bonanza in Coffs Harbour on November 4.

Tickets for all album launch shows are available now from https://linktr.ee/philjamieson.

Hear Phil Jamieson join us to unpack his new album on The Music Weekly: