Electronic and live duo RUMOR (made up of Mitchell Curley & Lenny Pearce) have released their latest single ‘On My Mind‘. 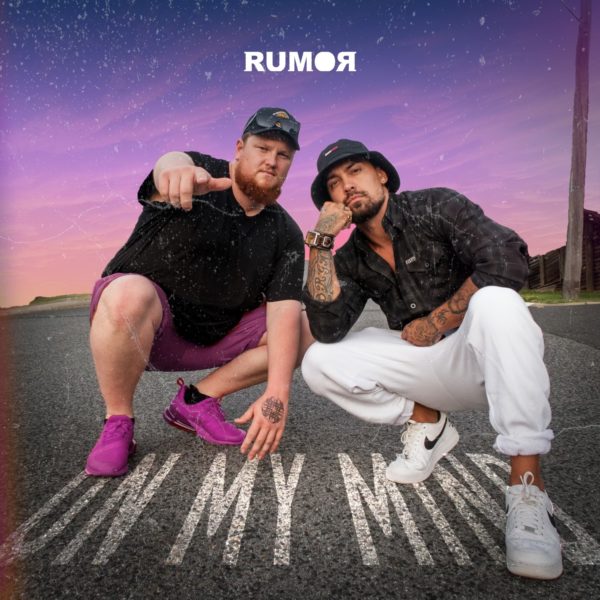 The track exemplifies a strong blend of emotional and heartfelt lyrics, alongside their club-moving dance production showcasing why they are one of Australia’s fastest-growing artists.

‘On My Mind‘ comes off the back of their last two solo singles, ‘Let Me Go‘ (the duo’s debut that reached top 10 nationally across commercial charts), and ‘Running Away’, which have garnered over 1.1 million and 1.5 million Spotify streams to date.

Rumor’s latest release comes after breaking into the TOP 10 Shazam Dance Charts, TOP 20 Viral records on Spotify, becoming the most played Australian Artist on radio, garnering over 4 million streams and performing alongside global heavyweights – Alesso, Afrojack and warming up directly for Steve Aoki.

Hear RUMOR join us to unpack this latest single on The Music Weekly: