Tasmanian indie folk pop duo Runaway Belles have released their debut single The Weekend, a story of a love that is never set to last. Featuring the exquisite voices of Tash Parker and Emma Anglesey, the duo are also housemates which is convenient in these isolation times. To celebrate their first release, the girls have announced a Facebook livestream set for 8pm every Monday in May.

Breathtakingly stunning vocals and flawless harmonies dominate The Weekend, as the girls’ voices unite as one – even their own mothers cannot tell who’s singing. “This song is about that person who you can’t help but be in love with despite knowing it’s never going to work out in the end,” explains Tash. Self-produced with the help of Lachlan Carrick (Sia, Lior), Becki Whitton (Tash Sultana, Huntly) and Josh Barber (Gretta Ray), The Weekend is a timeless and catchy folk pop track.

Best friends and having lived together for the last two years, the storytelling duo have been writing music and performing together for over 6 years. Through word of mouth and without ever releasing a recording, Tash and Emma have been invited to mesmerise audiences at Dark Mofo, The Woodford Planting Festival, A festival called Panama, Festival of Voices and Party In The Paddock. They have also supported Katie Noonan, The East Pointers and Liz Stringer along the way.

Due to the overwhelming support from their community and fans, in 2018 the girls decided to record their original songs and launch their act as Runaway Belles. 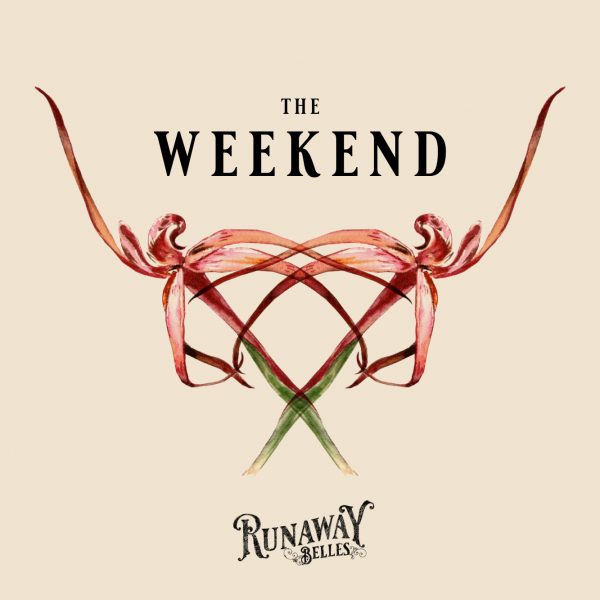 Brad caught up with Runaway Belles for Arvos to unpack the single: