Sammi Constantine makes pop music that radiates strength and independence. 2022 will see Sammi celebrate her biggest milestone yet: the release of her first body of work, a six-track EP titled ‘1721′ that she describes as a “cathartic roller coaster of self-expression after a long term break-up”.

The release captures every stage of a break-up: from the initial shock and despair to rebirth and the arrival of new love. On the 25th of August, Constantine will release her next single, ‘The Show‘. 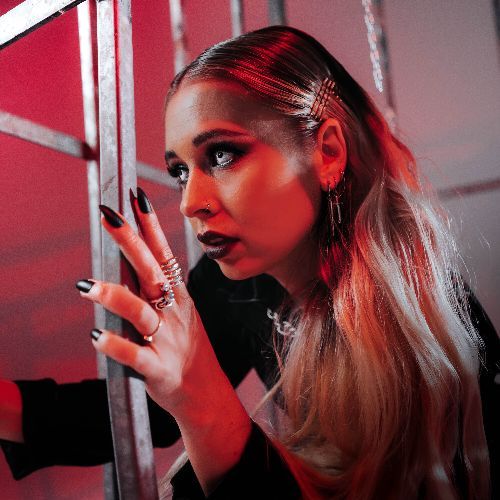 The first single from this EP, ‘The Show‘ reveals a more adventurous and quirky production style to Constantine’s previously released singles. Coupled with a self directed music video filmed and edited by long time collaborator Trystin Sinnott, the pair have given life to Constantine’s most person track to date.

To accompany the audio release of ‘The Show‘, Sammi Constantine has created a digital art piece inspired by the official music video for ‘The Show‘. The NFT will be auctioned in the crypto space mid September with the help of BlockPlay (an integration of Monograph and Playlist Pump PR Agency) the first digital label powered by the blockchain with an NFT smart contract for artists where the highest bidder will own a one-off concept piece from a series of NFT’s to be revealed in the coming months.