Swimwear, the solo project of Tim Derricourt (Dappled Cities), is thrilled to announce the arrival of its anticipated debut album Night Air today. A concept album inspired by Richard Yates’ 1962 novel Revolutionary Road and its images of suburban yearning and self-destruction, the seven expansive tracks chart the explosive origins and slow disintegration of a relationship, capturing feelings of midnight isolation and a world beckoning beyond. 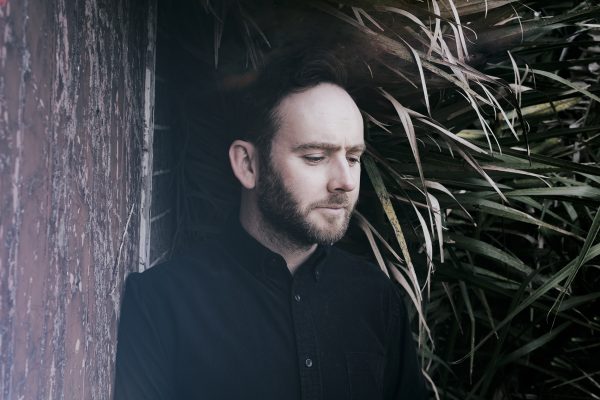 Moving away from the upbeat ‘80s pop of his first three EPs (The Kissing Machine, Low Summer, High Summer) Swimwear opted for a more atmospheric mood for the album, drawing on influences like The Blue Nile, Majical Cloudz and Brian Eno to craft an ambient, misty world that incandescently reflects feelings of seclusion and uncertainty alongside shiny glimmers of hope. From the wobbly disco of first single ‘Happyness’, to the expansive title track, the record showcases a more introspective side to Derricourt’s songwriting.

Each song on the album navigates a new chapter in Derricourt’s fictional world, taking the listener from nights out (Happyness) and promises of first love (Funny Bones) to suburban discontent (Funny Bones – Part II) and moonlit escapes (Night Air / Time To Move On). Yet, after all the heartache and self-destruction, the album closes with an acknowledgement of the need for pain (It Must Be Love) and the chance of starting again (Wild Heart).

An album that demands listening in full, and on repeat, Night Air builds a story of the joy and heartbreak of a great love, charting the push and pull between suburban comfort, the idyllic quiet life, and the desire for more, through for wilder dreaming, on the road, out in the world, away from all you know. An album wrapped up in a hazy soundscape of love burning and burnt out love, of life after midnight with nowhere to go and no one expecting you back. Plug in and drift away.

Tim Derricourt spoke with Brad for The Music Weekly to unpack the album: