April was due to be the month beloved indie outfit The Dandy Warhols went back out on the road to play tour dates on the East Coast of the United States.

Instead, like so many of us, they find themselves bunkered down in Portland and (in drummer Brent DeBoer’s case) Melbourne, beginning the journey of adjustment to the new living restrictions imposed because of ‘the virus’. But like a flower blooming through the cracks of a concrete pavement, true magic can often yield strong under such painstaking confinements; as is the case with the conjuring of The Dandys’ sixth studio album Tafelmuzik Means More When You’re Alone. 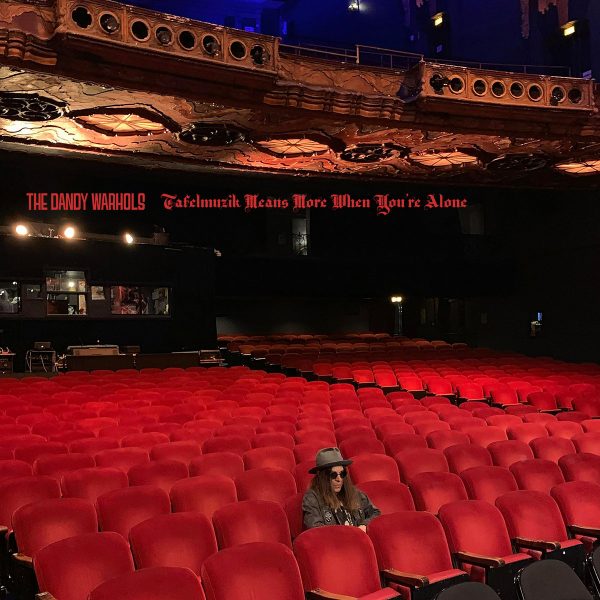 The epic 4-hour LP, released through Bandcamp Wednesday 1 April, rejuvenates a new appreciation of play, experimentation and innovation, paying homage to the light-hearted baroque collection of ‘Tafelmusik’ that used to be played during the banquets of yesteryear. A true gift to unsuspecting fans the world over, the recordings took shape after the four-piece finished their fifth studio album Odditorium or Warlords of Mars.

There’s something poetic and beautiful about the timing of this release. As musicians around the world are putting together material in various formats to entertain their respective fans, The Dandy Warhols have yet again done what they do better than anyone else and taken a sideways step out of the current convention by bringing out a record originally created for a banquet when everyone’s in isolation.

Tafelmuzik Means More When You’re Alone is out now via The Dandy Warhols Bandcamp.

$1 from each purchase will go to Sweet Relief Musicians Fund, a charity who provide financial assistance to musicians.

Brad and Jackson spoke with Zia of The Dandy Warhols to unpack the album for The Music Weekly: