Introspective soulful blues with a hint of ‘I’m ready to boogie’, Timothy Wolf is the thrilling new kid on the block, sharing his extraordinary debut single In Your Arms Again – an alluring ode to long term love. Following an enormous debut sell out show at The Night Cat Fitzroy last month, Timothy Wolf and his boisterous nine-piece band The Howlers are set to step it up with their single launch show at Melbourne’s Northcote Social Club on May 6, with support from Guthrie.

This is the song we didn’t know we needed from this hugely exciting new artist. In Your Arms Again is buoyed by gentle and restrained horns, and coupled with smooth electric guitar and moving keys that perfectly complement that stunning Timothy Wolf vocal, a falsetto on display that would make Al Green swoon.

With a stack of new music to back up this thrilling debut single, and a vibrant show that will wow and set tongues wagging, we suggest you grab your tickets, strap on your dancing shoes and stay tuned for an early look into the mischief that is Timothy Wolf + The Howlers. 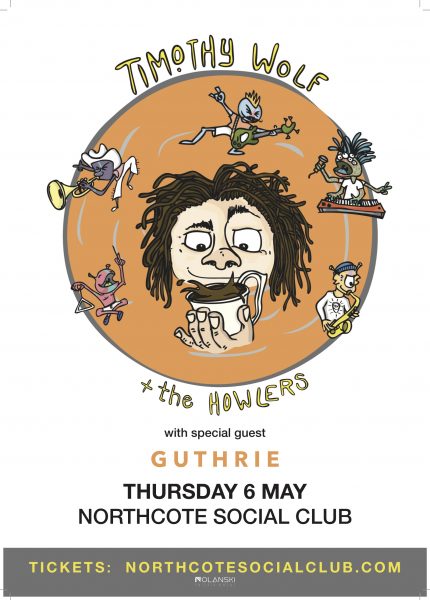 Hear Timothy Wolf speaking with us on The Music Weekly: