Born in New Zealand, though calling Australia home since 2008, ZPLUTO grew up idolising a wide range of artists who left undeniable impacts across the genres of rock, contemporary pop, hip hop and R&B.

For a young ZPLUTO, the way their music unified legions of fans around the world first engaged a spirit within him that has flourished into a music journey all his own. When it comes to his own music, ZPLUTO manoeuvres in a sonic world not unfamiliar to fans of The Kid Laroi, Post Malone, and JuiceWRLD.

His lyricism could be pulled from journal entries, melodies and a flow that relies on a balance of vulnerability and confidence to stick the landing.

For ZPLUTO, this balance comes naturally. Combining elements of hip hop, pop and alternative music on a palette from which ZPLUTO paints detailed and fresh musical ideas, 2022 stands to be an exciting one for the hip-hop rapper.

You can catch ZPLUTO performing at Live Nation’s ONES TO WATCH showcase as part of Sound West, Thursday 25th August at The Albion Hotel in Parramatta. 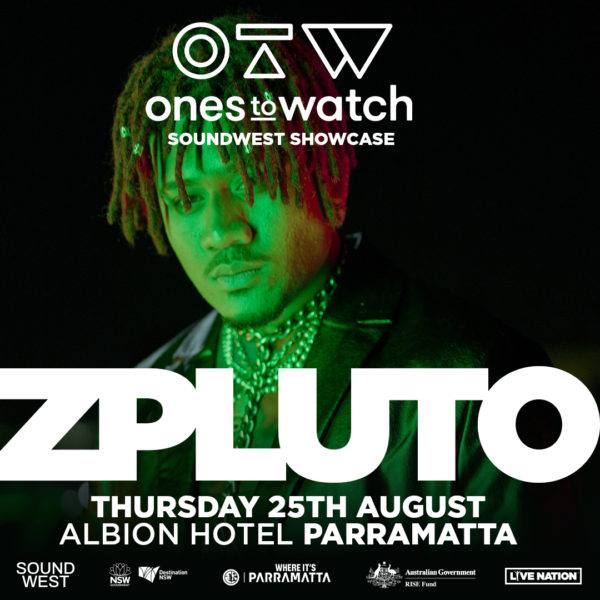 Hear ZPLUTO join us on The Music Weekly ahead of his appearance at Sound West: